Poet and rapper Luka Lesson and Institute of non-violence have teamed up to create a new poetry video entitled: ‘Letter To My Daughter’.

With music by Sydney Conservatorium Composer James Humberstone, and a video shot and edited in Luka’s ancestral home of Rhodes, Greece. The poem is an ode to women, a non-stop critique of masculinity and a hopeful prayer for the future.

The intent of this collaboration was to bring awareness to the International Day for the Elimination of Violence Against Women – November 25th, and the 16 Days of Activism that follow this date.

Why did IoNV collaborate with Luka?

I have known and worked with Luka since 2012 when I first heard his poetry through Melbourne spoken word events. I was immediately drawn to the passion and depth of his words. Luka’s poetry is bold, honest and raw, something that is often missing from the public discourse around the most crucial social issues.

I have watched Luka grow into a professional poet and artist who has devoted his work to anti-racism and non-violence, something that I have also been passionate about and active in as a social worker and through my consultancy, Global Echo.

As I transitioned from focusing mainly on diversity and inclusion work to looking at interventions for family, gendered and social violence, it made sense to recreate myself through the Institute of non-violence (IoNV).

As it happens, I had approached Luka in August this year, following the #BeirutBlast to collaborate on a poem that speaks against violence. One conversation led to another and we now have this powerful piece about gendered violence.

I felt that Luka’s passion for non-violence and his creative genius would align perfectly with the Institute’s core values (Harmony, Equality, Safety, Equity and Inclusion) and vision to create a world where non-violence is the social norm.

I also encourage men to be as vocal as possible about this topic. Men are largely responsible for patriarchal dominance and various forms of systemic oppression of women. White men (and women) who occupy spaces of leadership and decision making, therefore benefiting from these structures, are also largely responsible for dominance over and oppression of people of colour, people with diverse gender and sexual identities, people with different abilities, and other less advantaged groups.

The more we speak about these issues, using creativity and different ways of reaching people, like through poetry and music, the more able we will be to live in accordance with our true nature, which is harmonious, collaborative and peaceful.

Why did Luka collaborate with IoNV?

My creative philosophy with this project is one of ‘edu-tainment’ – to bring important information to the people via powerful and engaging art. I believe this to be one of the many ways our societies can be strongly impacted – art has always been a potent tool for social change and I believe collaborating with an organisation such as the Institute of Non-Violence brings a weight to my work that I cannot bring on my own. Often, after having experienced a piece of my poetry or music, people tell me they are moved to act, but that they have nowhere to place that impetus – they don’t know where to start. Working with  the Institute of Non-Violence on this project gives people the immediate opportunity to take that inspiration immediately to the next level, embedding it into their personal or professional lives in a real way. Similarly, if my work can help the good people at IoNV to further their reach and positive impact upon our society by using it as a teaching tool, then this is another great reason for this collaboration. In many ways, I see this as my way of being in service of women and counteracting the history of negative relationships between the sexes – namely dominance and violence perpetrated by men onto the women around them. I know none of this work absolves me as a man, but if I can contribute my art towards better connectivity.

A LETTER TO MY DAUGHTER

A letter to my daughter

You are the sound of a birds wings unfurling

The twitching of feathers hovering above the shadows

Reflecting off the waves in the bay of hope

And when you are born

and you grow up

I will have to bring to you a warning

There will be men

who carry manhood like a dead wolf slain across their shoulders

who say that the shortest distance between two opinions

Is a clenched fist

No man can shout louder than his demons

There will be men

If history teaches us anything

visits me in dreams

She is always wearing black

She appears to me with the ghosts of women who were stoned in the villages, who were burned in the town squares, abandoned by their husbands or exiled by their fathers, women who had to raise sons, who they knew would one day raise their fists against the town’s daughters.

every man must face his forefathers sins wilfully, unpack the boxes of the false prophets, unpick the patterns of power, un-ball his fists, decorate his own palms in heritage and humility…

or risk a forced reckoning.

I’ve seen my own karma as a man, frozen like a tsunami mid-surge above the roof of our house. I’ve seen the wounded inheritance, the hurt I’ve caused etched beneath my skin, my mistakes sit like sediment heavy in my lungs and I’m still learning how to speak them.

you’re the sound of a bell chiming

the sound of the universe turning in a spiral

And your great great grand-mother visits me in dreams

but she is always turning soil

sowing seeds in the dirt for you

helping us cultivate a clean tomorrow

Commentary on the lyrics

As a men’s behaviour change facilitator and advocate for the ending of gendered violence, I have seen first hand, the power of reaching deep into men’s hearts and activating empathy for women and girls, by directly referring to their children.

The most resistant men, who are feeling disempowered by conversations about gender equality, can relate to wanting a world where their daughter can live freely of physical, sexual and emotional violence from men. A world, where their daughter has equal access to professional success, wealth and life opportunities as their son would have.

Luka’s poem speaks directly to this.

If you’re looking to share this with others, we also have resources that you can explore on our site

The lyrics to this piece are multifaceted, as all my poems usually are. Firstly I’m welcoming into my imagination what it might be like to have a daughter. This in itself brings up so much emotion, fear, pride, joy, love. But I am soon faced with the reality, knowing the world as I do, that I will need to warn my daughter, if I was to have one, of the dangers men pose to her. This then leads me down a track of reflecting on the kinds of men, of the personality traits of the oftentimes good men, that are violent in varied ways towards women.

My great grandmother was born in 1883, a hundred years before me, and even though she passed a long time ago, and I never met her in person, the strength of her presence is still well renown in the village. People still speak of her fondly, and I felt strongly connected to her when my wife and I lived in the village for 5 months last year. By reflecting on the hardships she endured, of the way men treated her, and the way she raised her daughters, I feel as though I am learning how to unpack my inherited misogyny.

This is why she is such a strong figure in the poem: ‘She is always wearing black, but she is always tilling soil’ to me means that even though she is mourning the women who have died from domestic and patriarchal abuse, she is also wise enough to know that there is always a new season, a new set of seeds to plant, a new generation to teach, and new great-great granddaughter to raise.

In the end, history teaches us that everything we’ve come to know is mostly written by men, which means there are inherent blind spots and intentional silences in too many important parts of our collective psyche. At this point in the poem, my own hypocrisy comes from the fact that I am a man, who is writing a poem about sexism, speaking for both my imagined daughter and idealised great grandmother. So in order to get out of the way, all that is really left for me to do is to take the lessons from my ancestors and use them to  help create a fertile enough ground for the next generation to plant their own seeds into. To just open a blank page as a man, teach her how to grasp the pen perhaps, and allow my daughter to write her own version of events. 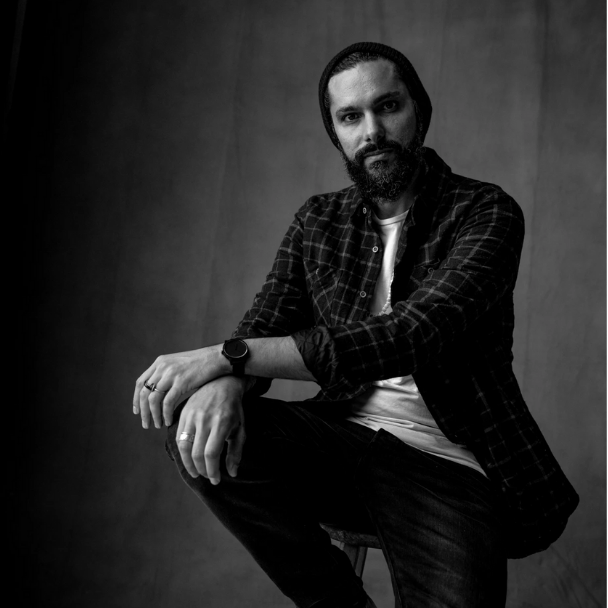 Stream the audio from Spotify >

Or from Apple music >

Back to Engage
Quick Exit